When preparing the metallic colloid dispersions from ColloiD, there are no toxic additives such as B. in the known wet chemical representation for use.

The gold solution is not produced by dissolving the gold in acids (aqua regia), as has been the case up to now, but rather electrochemically with an electrolyser modified for this production.

No toxic additives are used in the reduction either. We use the "Green Synthesis" for this, which enables production without toxic chemicals.

This manufacturing method ensures a non-toxic colloidal gold in extremely high concentrations up to > 10,000 mg / l.

The gold dispersions we produce are heat-stable and can also be subsequently sterilized or autoclaved.

Our gold colloidal dispersions are:

- stable in light, even in halogen and sunlight

- stable against electromagnetic radiation (measured up to 5,000 Gauss)

- stable against microwaves (measured up to 700 watts) 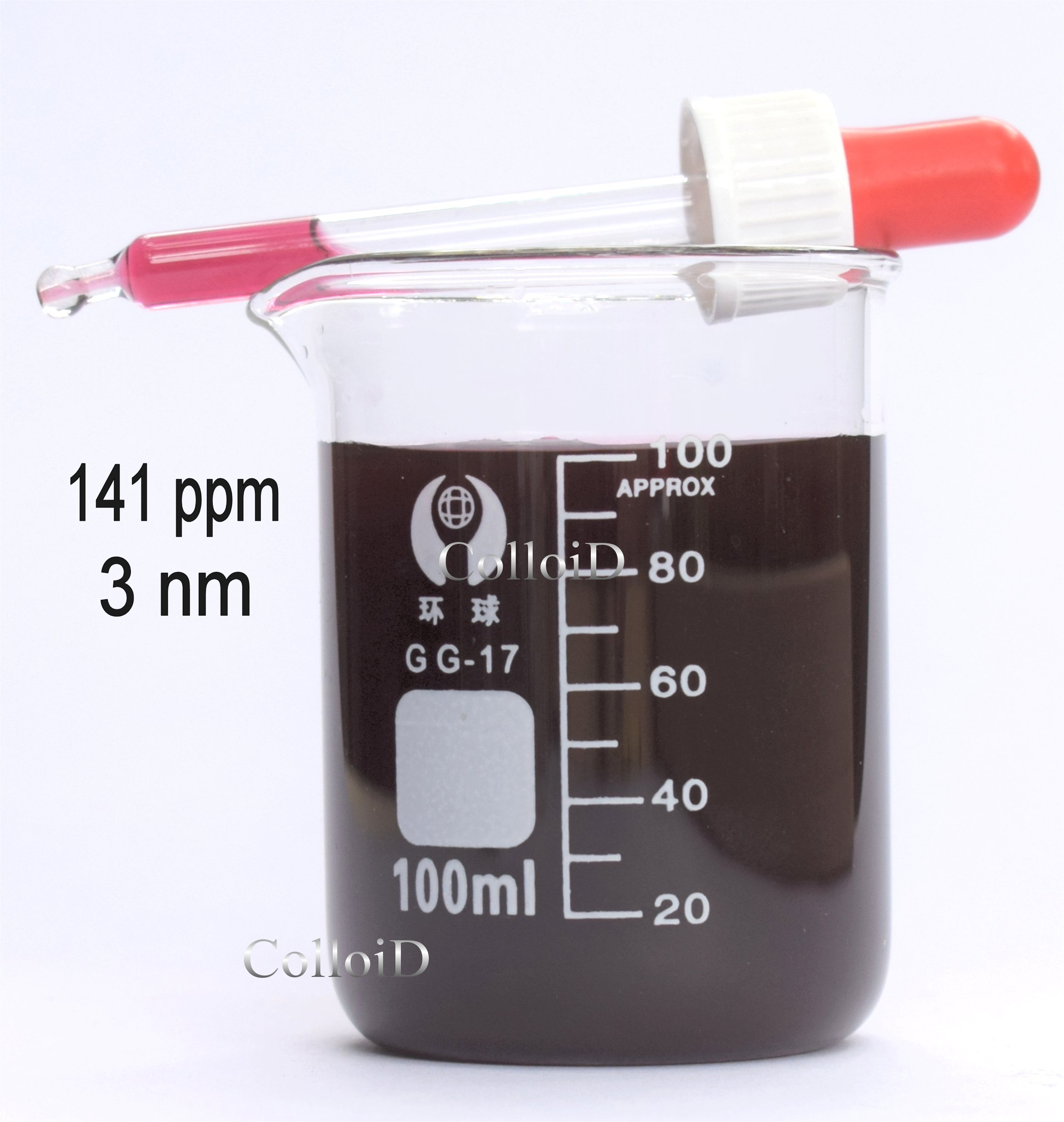 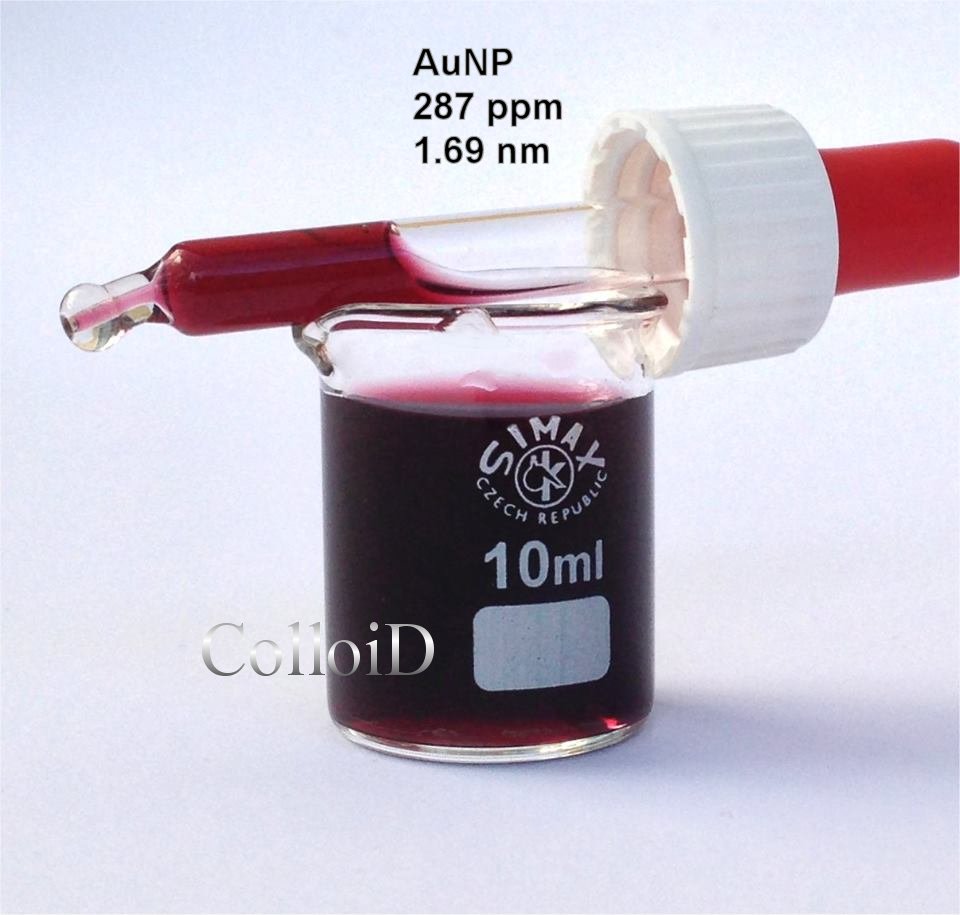 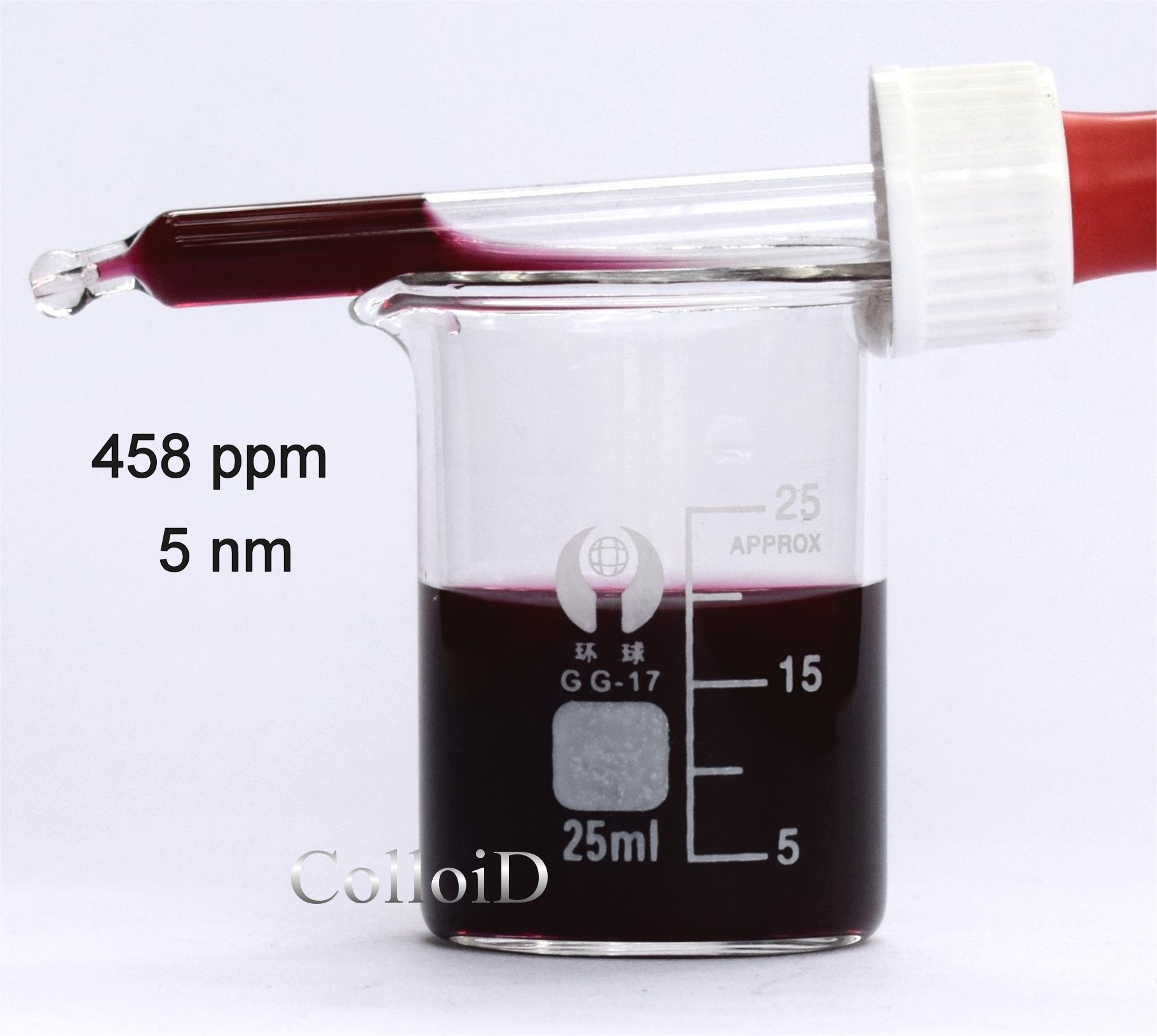 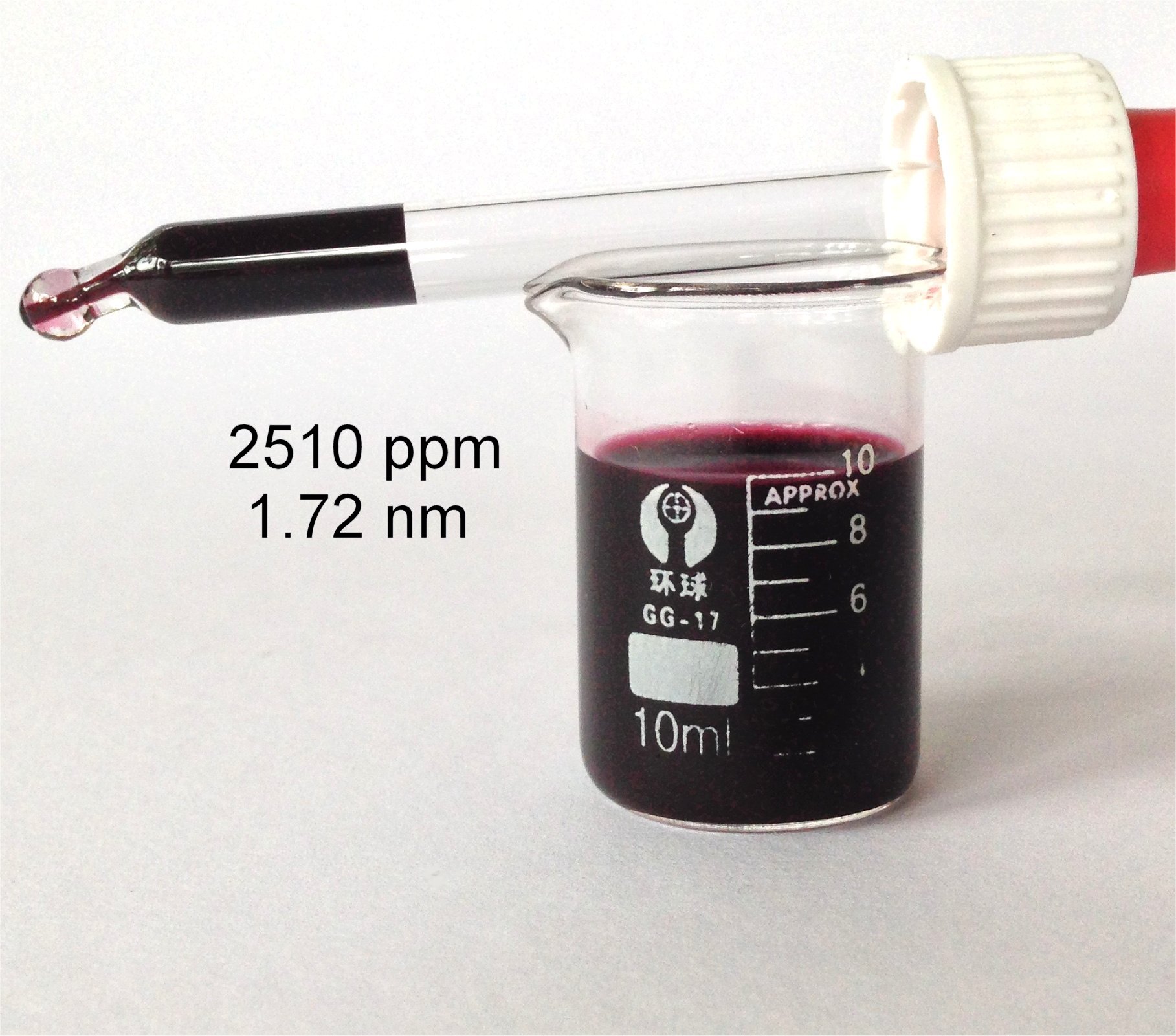 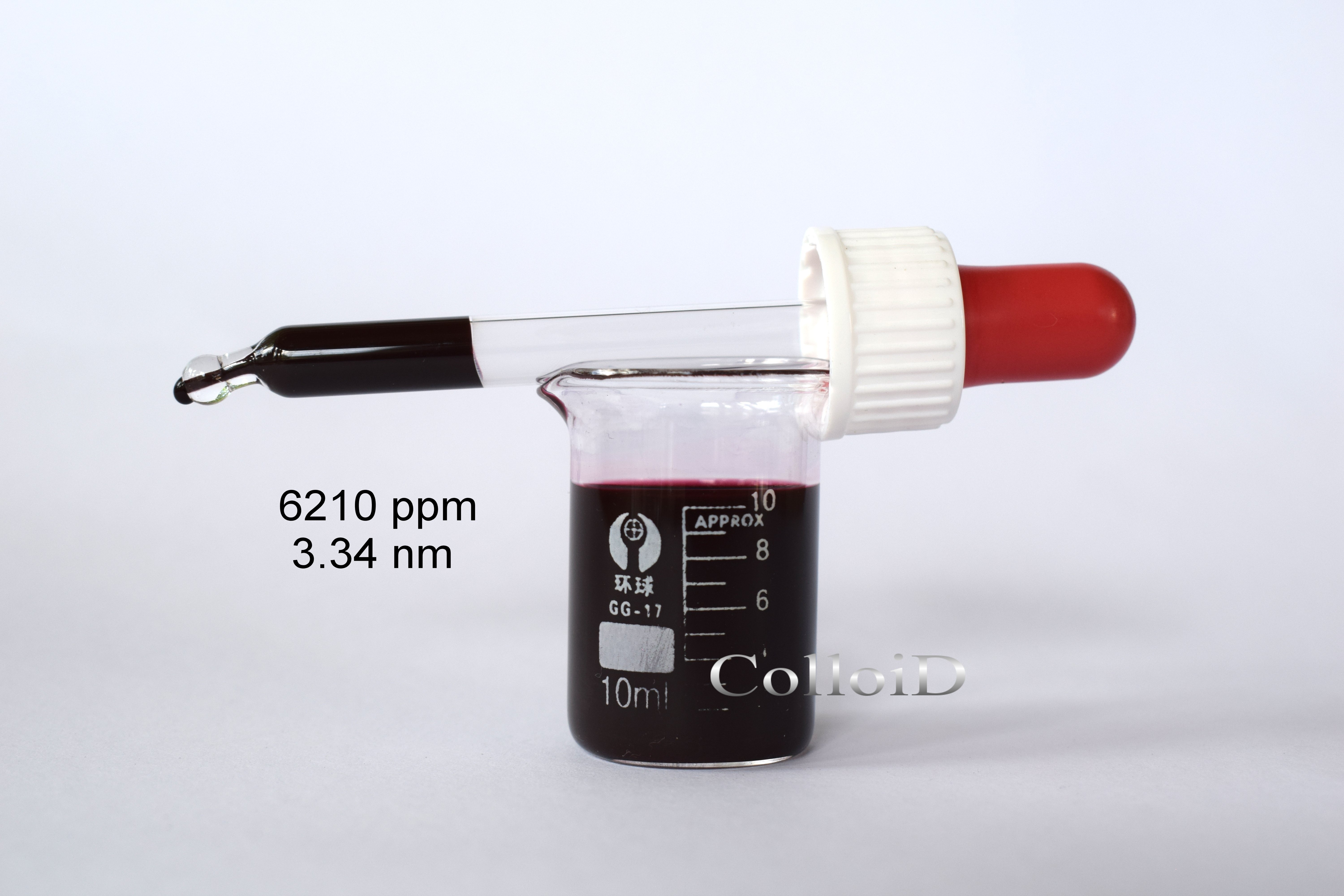 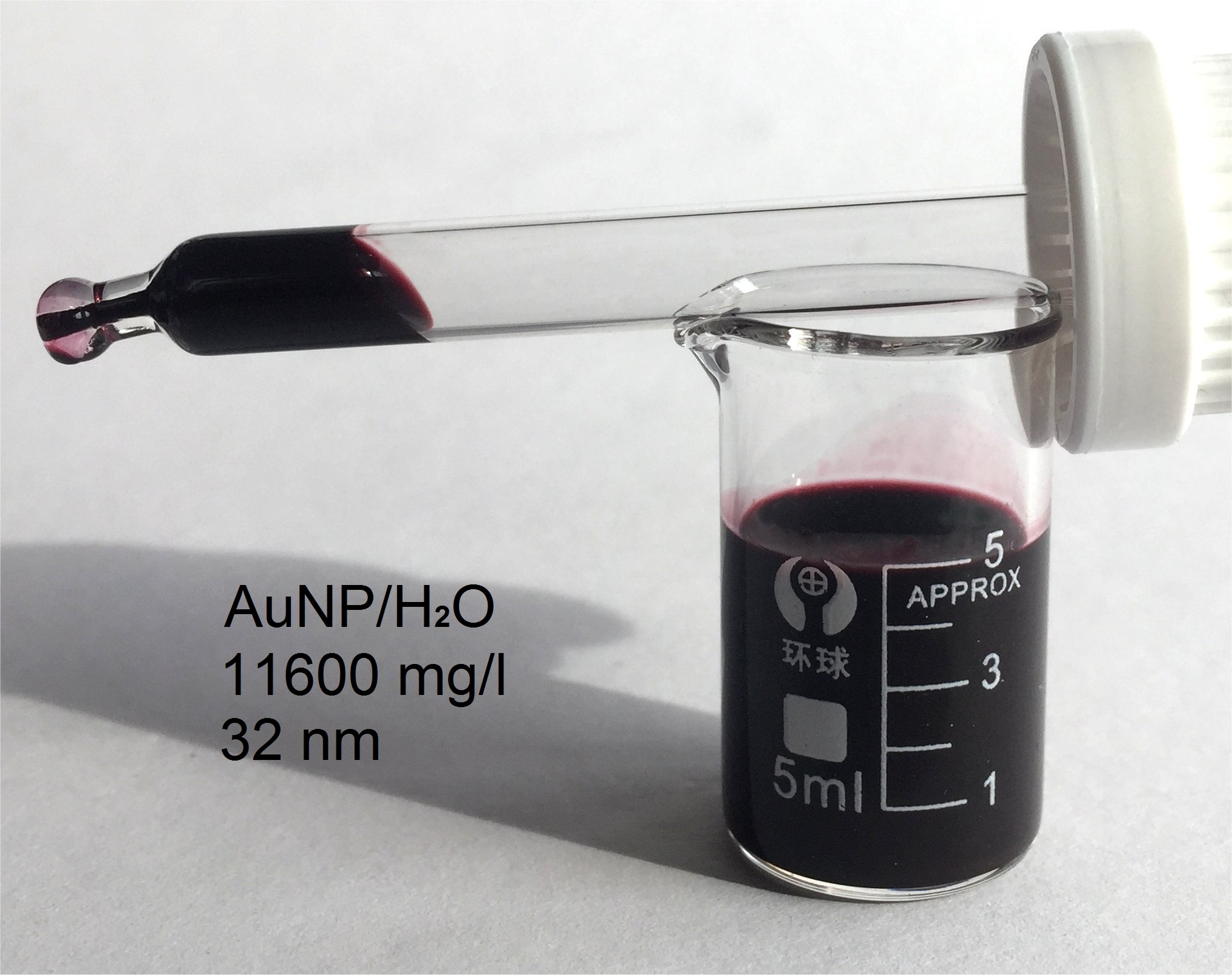 The most important difference to the dispersions produced according to the "green synthesis", however, is that these dispersions are not endangered by possible contamination. These dispersions do not mold and are still tasteless and odorless even after years.

The term "pure" was chosen to distinguish between these different gold dispersions. This does not mean that the other dispersions are "contaminated". It just doesn't contain any additives like stabilizers or organic protective colloids. In the past, these dispersions were divided into "protected" and "unprotected" gold. This pure colloidal gold would therefore be an "unprotected" gold. But that would not be true, because our pure colloidal gold is also electrostatically protected, which is much more beneficial.

The term "naked" colloids is also sometimes used today. That would also not be true because there are no naked colloids. There is not only the problem of protective colloids, but also that of gold oxide. This problem occurs with all manufacturing processes, both protected and unprotected - pure, atomized or laser-ablated - colloidal gold.

All prices are subject to change.
The company ColloiD does not operate telephone service. Any questions are to be asked by email.
Inquiries from private individuals to a medical use of colloidal dispersions or doses are not answered because we are not competent for it.